Nothing says ‘happy Chanukah’ like a plate of piping hot latkes, straight from the frying pan and glistening in oil. I made these latkes early one morning at the beginning of Chanukah last week and was even greedy enough to guzzle some of them down for breakfast (I’ve never done that before but just couldn’t resist them). I also made a whole batch to give to someone recovering from an operation in hospital (ok, not quite as healthy as chicken soup, the Jewish pencillin) but it was a special request – that’s how good my latkes are!

Today is the last day of Chanukah and because a Jewish ‘day’ starts the evening before we lit the last eight candles last night. I made a promise to myself not to leave buying candles too late next year. There’s usually a last minute scramble around for enough candles (usually sharing them out with my daughter) and ordering more from the internet and hoping they come in time.

This recipe makes about 18-20 latkes. They are traditionally served with apple sauce but great with just about anything. 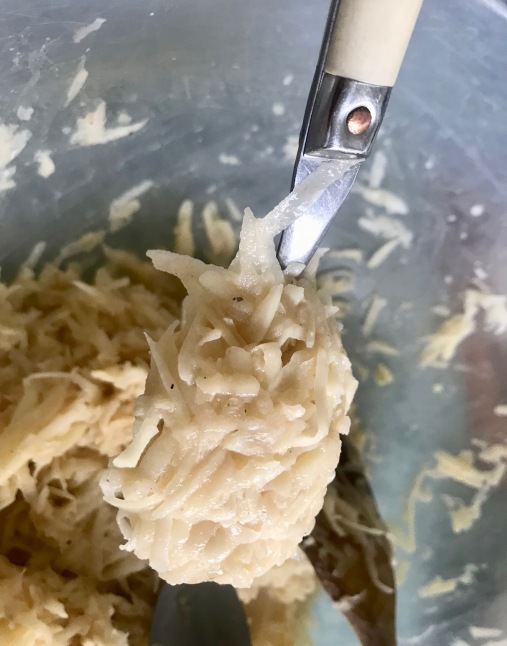 Do you have a cheap, fresh and easy recipe I can try? Let me know and I’ll feature it on the site and link back to you.